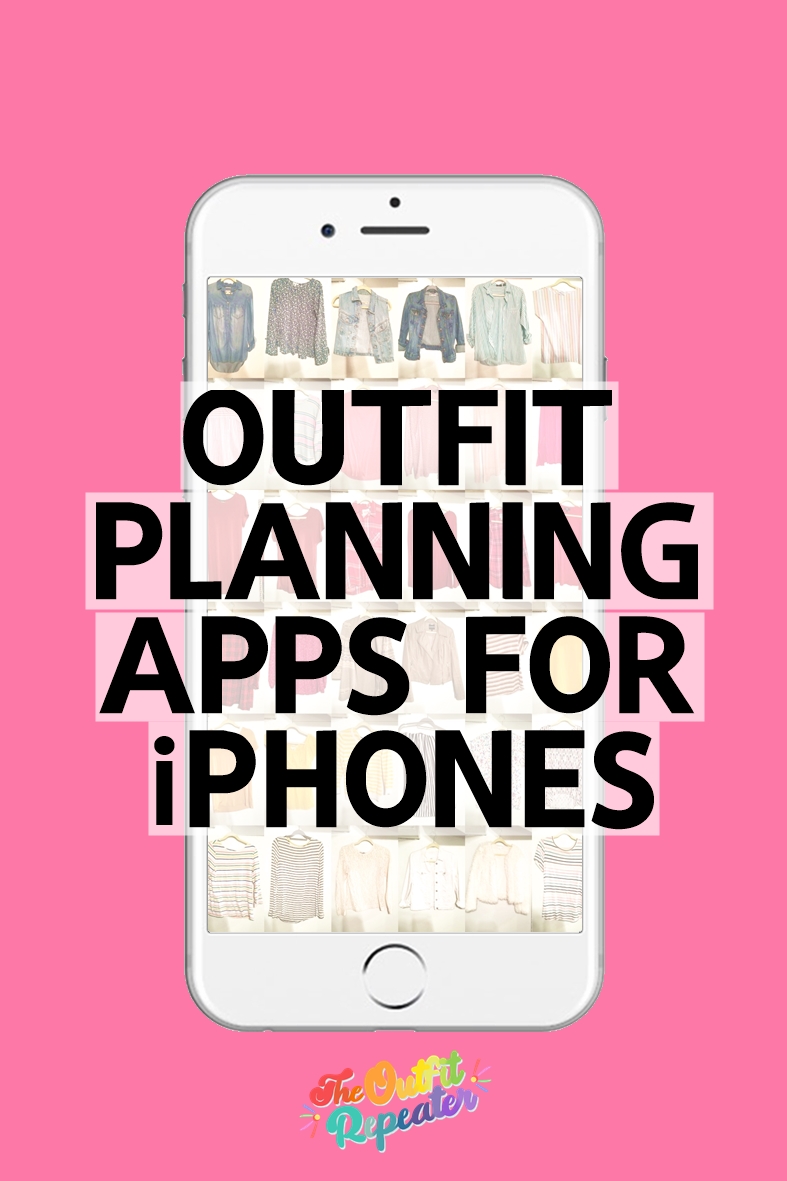 My search continues for an app that can efficiently show me the contents of my closet, plan outfits on my behalf, and change my life with just one click. (Ok, maybe that last one is wishful thinking!)

I’ve visited this topic a couple years ago when I tried to find an Android app to style my clothes for a challenge and have since then failed to find anything that caught my eye.

It’s been a few years, I’ve got a new phone, and I’m ready to take on the challenge again!

Continue scrolling to read my thoughts on 6 iOS apps that vaguely line up with my needs and see what kind of outfits were planned with each one!

*I’m not being paid by the creators of any of these apps to talk about them. These are all honest, unpaid reviews with my real thoughts.* 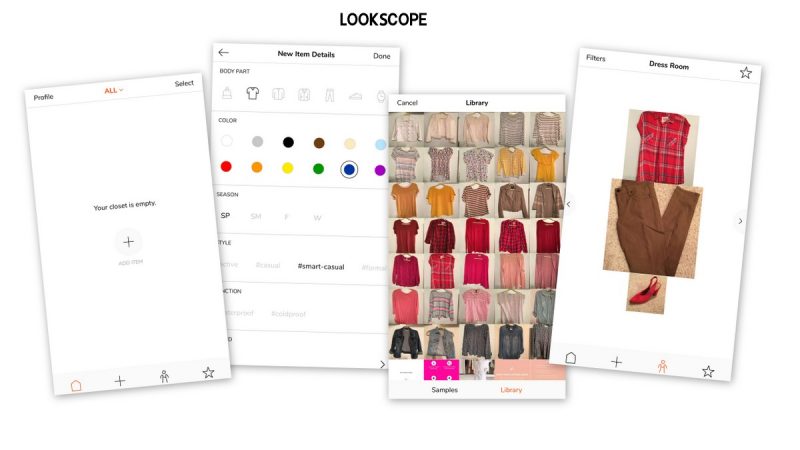 Lookscope initially caught my eye with it’s clean, simple interface. It claimed it would style outfits for me from my own closet which I was excited about!

Adding clothes to my own closet was a bit of a backwards task as you had to have the photos already on your phone, import them, and then categorize them. From there, Lookscope created an album of the clothes on your phone. Why not just cut out a step and have a camera function in the app?

Ultimately as I was using it, I realized… this app is for men’s clothing. What tipped me off is they didn’t have the color pink as an option and all the default clothing was very obviously cut for a man. Oops! (FWIW, there was also no way to categorize my prints/patterns.)

Despite my mistake, I did upload a few of my own clothes and was able to randomly generate a few outfits. Are they good? No. But did it do what it claims? Yes. 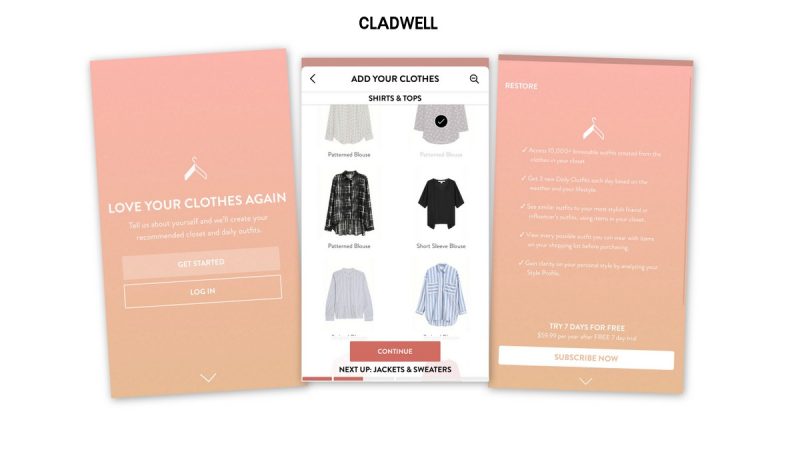 Hearing all about the Cladwell app on The Sustainable Style Podcast is actually what re-ignited my search in the first place.

Unfortunately, after downloading the app and adding clothes to my closet, I was prompted to sign-up for $54.99 a year, or try a 7-day free trial.

I never trust myself to cancel in time so I declined the offer. That was all I was able to see in this app before my few free minutes were up! 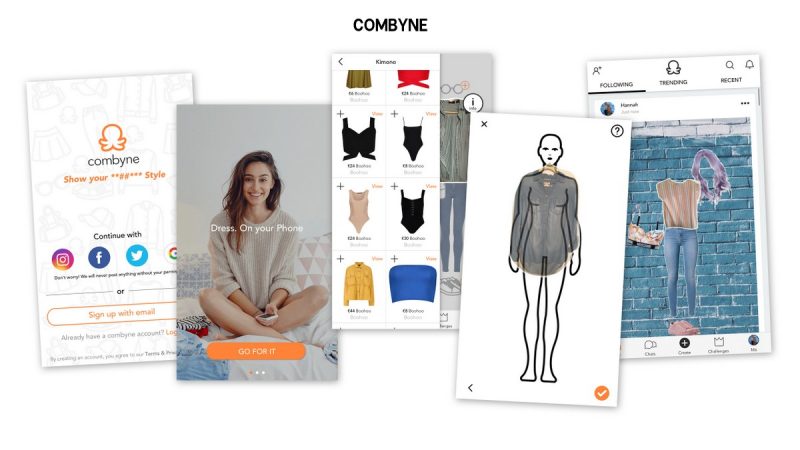 Out of all the apps on this list, I think I had the most fun with the Combyne app. I did have to create a (free) account to use it but I didn’t mind because of the vast amount of features it contained.

After watching an informative video tutorial, I was set loose to add my own closet to the app. It used some advanced technology to not only let me categorize my clothes, but actually “fit” them onto a sketch of a body. This was so smart!

What actually made this app so fun was that it had a social aspect to it. I could search the closets of other community members, add their pieces into my own imaginary looks, and even compete in challenges to create the best outfit collage.

You can’t exactly have the app create a random outfit for you, but you are able to do some fast Tinder-style swiping on the pieces in your closet to come up with new combinations. Overall, I’m not disappointed by this app! 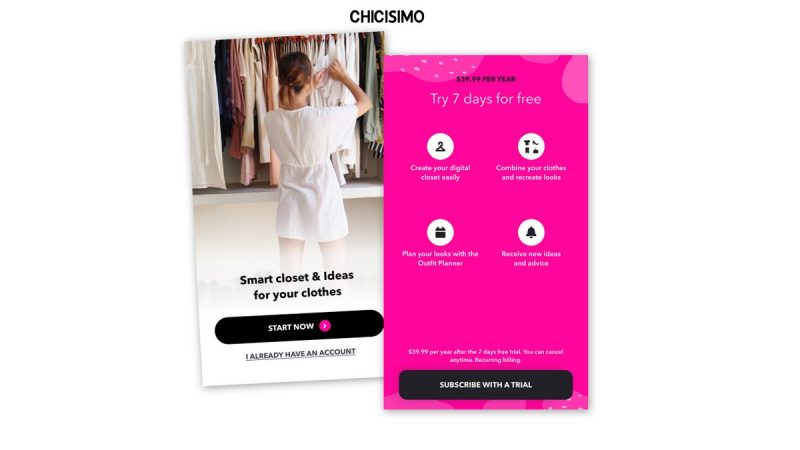 Chicisimo’s full title is “Outfit Planner” so I had high hopes for it.

It immediately required me fill out a thoughtful survey that had me consider the needs of my closet and how my clothes were fulfilling those needs… then it popped up with an offer to join the app for $39.99 a year or a 7-day free trial.

I will never know the impact this app would have had on my outfit planning. 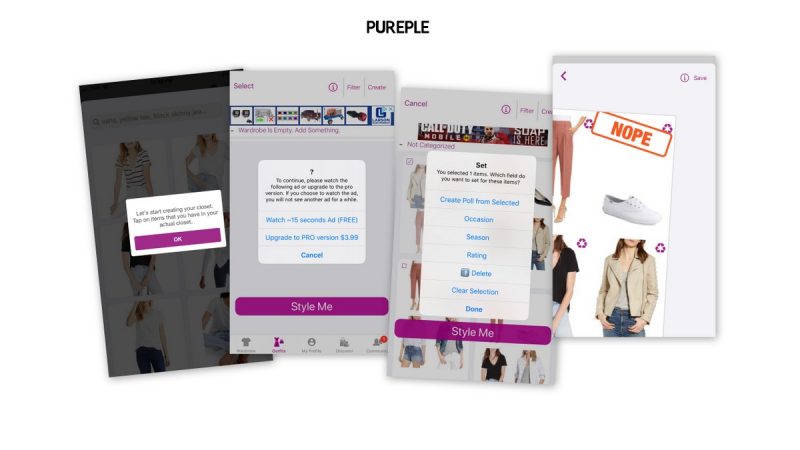 Pureple was similar to Combyne in that it had a social community aspect. Oddly, though, I didn’t have to sign up to use it!

One of the biggest differences was that Pureple was full of ads and pop-ups to pay for every feature you clicked. This got old fast!

During the brief time that I tested it, I was able to add personal items to my closet, pick out in-app clothing to add to my looks (which included plus representation of the garments!), and use their feature that allowed me to swipe on random outfit combinations and save them for later.

I did like that they have an option called “STYLE ME” that lets random users on the app come up with your outfit. It also had a smart calendar so you could plan out your looks in advance. Those were cool, however, the constant stream of ads were not. 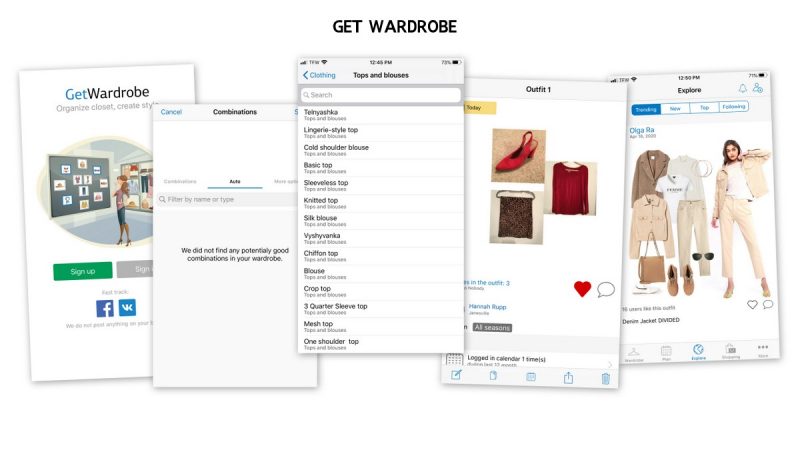 After a forced sign-up (for free), I uploaded my closet into the app which is where things were different than any app on this list. After adding an item, the app would smartly sort my item under the correct color and garment category for me. This made uploading go pretty quick!

And, once again, there was a social community so you could create outfits to share with others, plan & save your own looks to a calendar, and get inspiration from others.

It’s biggest downfall was that it couldn’t randomly style an outfit for me, which is all I really wanted. But the features it did have were nice!

I’m about THISCLOSE from just creating my own app that would help sartorially-challenged people. Not that I have problems coming up with my own outfits, but I think it’s fun to have someone else (or, say, a robot) style you in something you wouldn’t have otherwise thought of in your closet.

For now, I’m just going to continue to make my own outfits from inspiration I find online, in magazines, and from the street.

If anyone has another app suggestion I could look into that fits my criteria, hook me up! In the meantime, be sure to Pin this post to reference later and follow me using the social media handles below.

ALSO STALK MY STYLE ON: